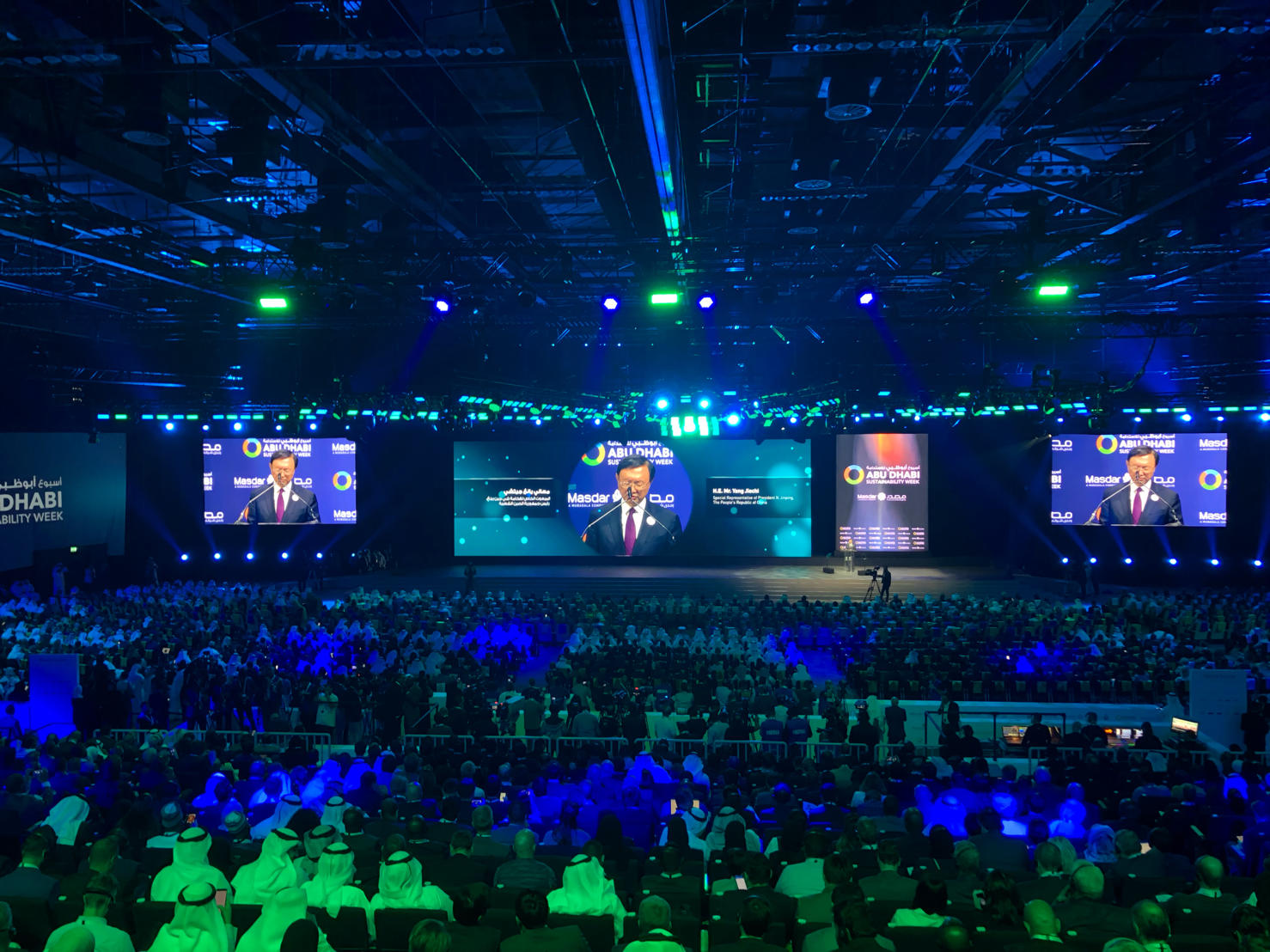 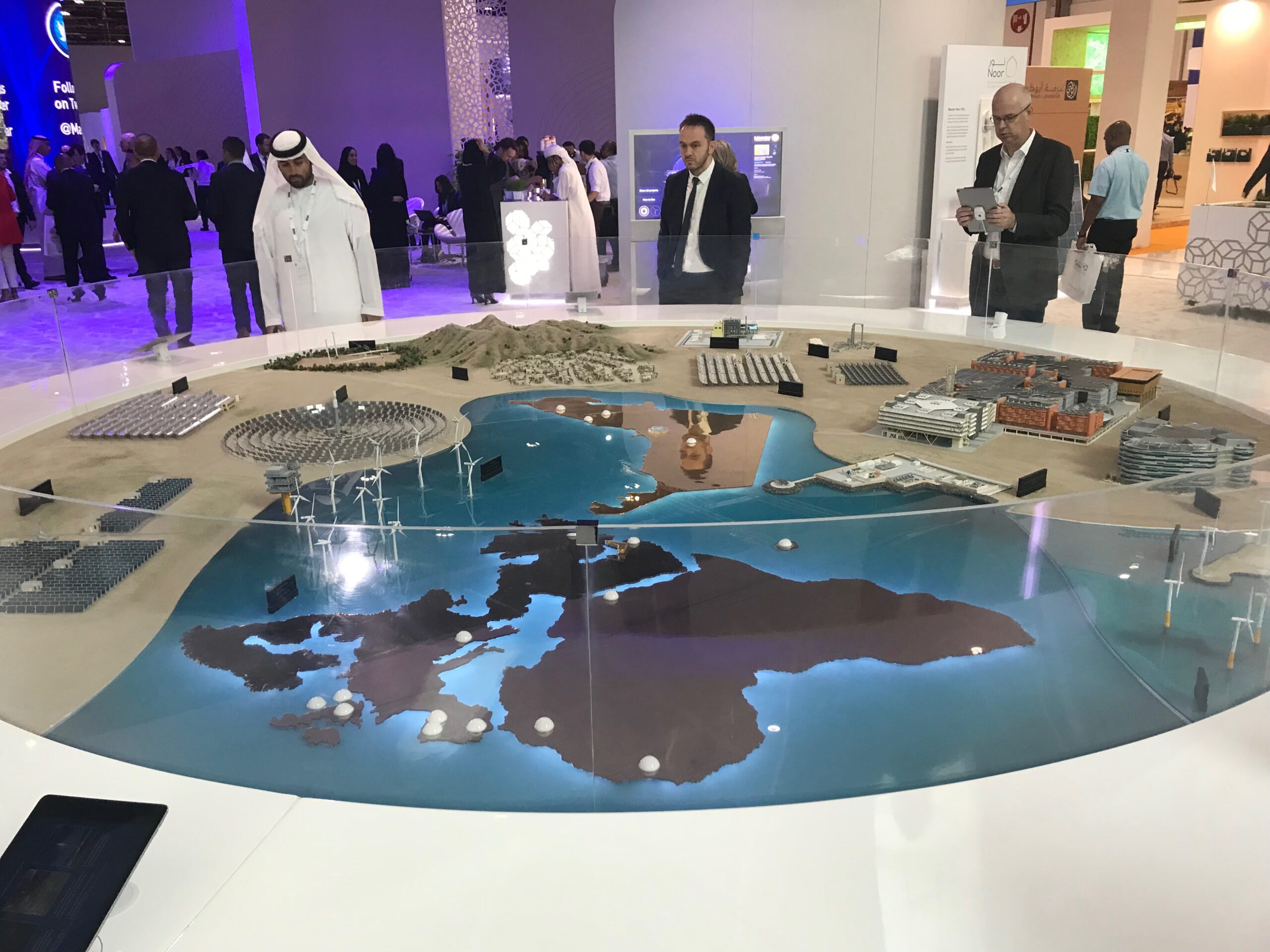 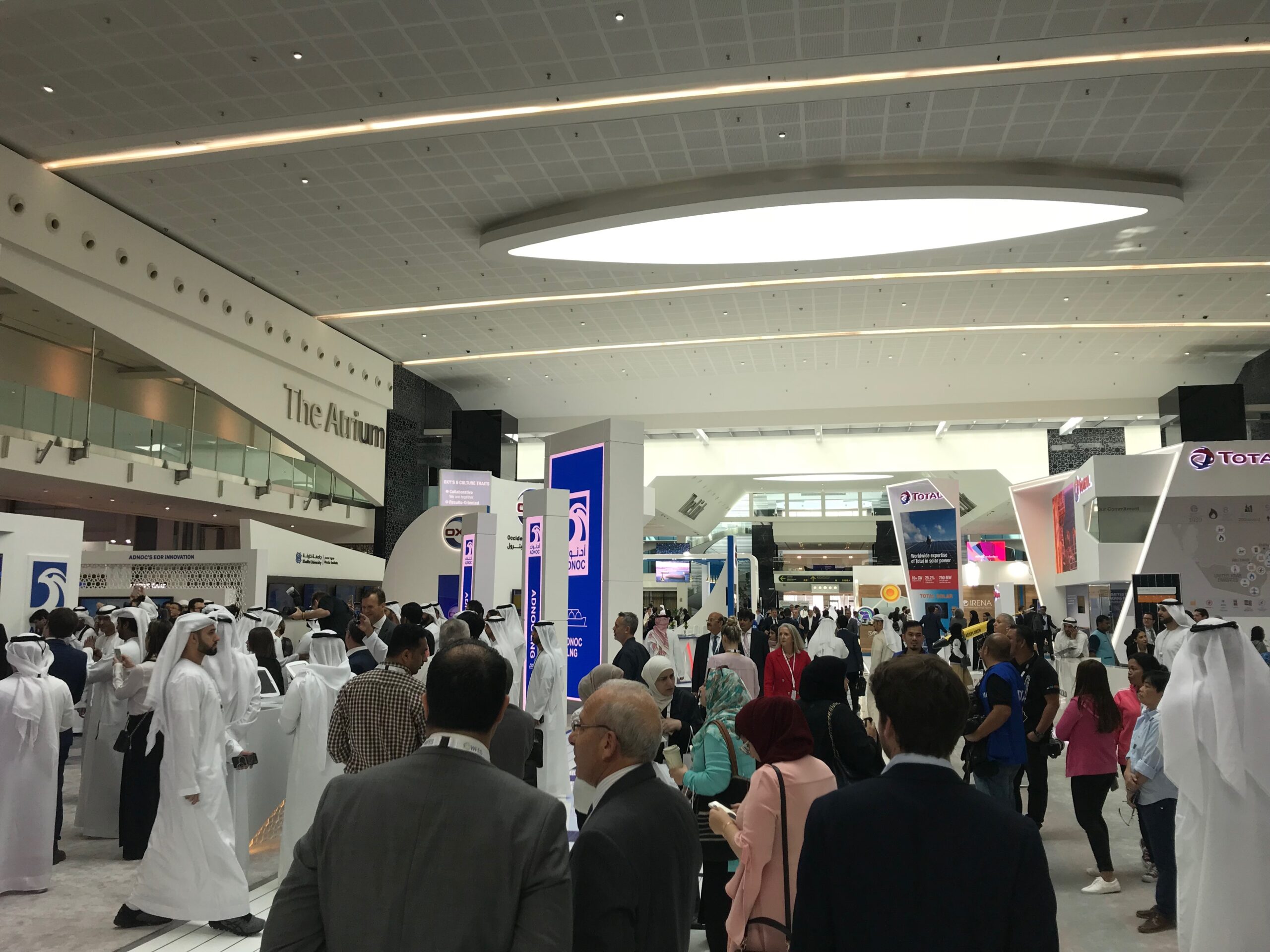 I visited the World Future or Energy Sustainability in Abu Dhabi. The event stands as the largest energy & sustainability gathering in the Middle East, and GCC countries, bringing heavy presence from leading investors, strategic players and regulators in the arena.
Large presence from Masdar/Mubadala, as well as renowned strategic players displaying latest efforts in sector – Adnoc, Total, Oxy, Taqa, DEWA, among others. On the solar space, crowded on the manufacturing side with key Asian and European peers portraying capabilities and scale – innovation and consolidation continue to be on the menu. Waste and water continue to make some strides towards an e-friendly and e-connected model where new technologies are driving vast improvement in efficiencies.
Overall, a very interesting platform to get an insight into the latest industry developments, and stellar discussions with regulators and decision-makers on their strategic positioning to weigh-in the effects of “disruptive” tech in their own energy infrastructures via blockchain, Artificial Intelligence and the role Internet of things (IOT). A-la carte, below my major takeaways:
1) Ultra – Mega solar projects make a guest appearance
One of the most discussed topics that sparked interest was the release of a newly introduced concept: “Ultra-Mega Solar Projects”. If utility-scale was not big enough, ultra-meg projects have made an appearance – and surely it made some noise.
The Solar Energy Corporation of India (SECI) released an RFP for a 7.8GW project worth circa USD8bn. The basis of the bid states the inclusion of transmission assets as well as a salient feature to possibly develop 3 x 2.5GW projects each across a set of locations already identified. There is much noise generated around the pavilion as this could well change the market perception for a sub $1.5 cents/kWh tariff, and we could well start seeing more CSP & PV solar through larger developments.
Market fundamentals for mid-term solar demand continue to be strong as industry tailwinds are expected to prevail in 2019 through continuous improvement in technology, increased market liquidity and low-rate environment, continued reduction in costs and increased sector competitiveness – among others.
2) Several Solar Tenders Announced and Global Target Capacity Upsized
In yet another unprecedented announcement, Saudi Arabia’s Renewable Energy Project Development Office (REPDO) announced the release of c.11 solar pv tenders as well as the increase of target capacity to 40GW by 2030. Possibly a further 4 solar pv tenders to be released in 2019.
While traditionally the market has been sceptical to some of the larger numbers announced, the unique momentum in sector as well as domestic legislation already in place could possibly make the shift a reality. The formation of strategic alliances has already begun, with international and domestic players positioning to capitalise on the sectors; growth. In parallel, other countries e.g. UAE & Egypt – among their – have also upsized their target capacity and new tenders are expected to be released in early 2019.
Worth noting that Saudi’s solar target has been revised up from 5.9 GW to 20 GW by 2023, and 40 GW for 2030.
3) Wind Generation remains highly competitive
A record-low price for the largest wind farm in the middle east has been announced: Saudi Arabia’s 400 MW Dumat Al Jandal wind farm traded at 2.1 cents/kWh – further proving to be highly competitive in the region. The use of highly competitive auctions for the greenfield projects sweeps any other mechanism, pushing tariffs to much lower levels. Wind costs trending in the lower end c.$3cents/kWh across vibrant EMs e.g. India, Brazil and Mexico.
4) Integrated Energy Model gains traction
GCC region is pioneering the introduction of digitally-integrated energy models. Abu Dhabi has announced the roadmap for the energy sector in the upcoming period. The Model helps outline a holistic plan for the energy sector, set strategies and action plans to ensure efficient use of all energy resources, and drive the transition towards renewable and clean energy. The role of the utilities will continue to be relevant in this new model so far.
5) From Africa with love
Heavy presence of African delegations, both from Governments and multinationals, was noticed in the conference. The region’s vast growth in renewables (particularly solar) has had a great impact in terms of perceptions, and growth in the sector has been noticed. Beyond utility projects, Africa has shown great sector maturity in the Commercial and Industrial space.
A new set of next-gen utilities and developers e.g. BBOX, Enerwhere have rapidly expanded in the region, bringing clean energy solutions and energy reliability to some of the remote areas in the region. A very attractive space to look at, as selected peers gain scale and can compete with larger counterparts.
6) Beyond just solar: Big contracts in water and EcoWaste
Not just solar focused, some announcements were made in the eco-waster and water segments. For instance, Tadweer awarded more than AED1bn in contracts, which included an AED364 million contract with West Coast Environmental Services to provide waste collection and transport services.